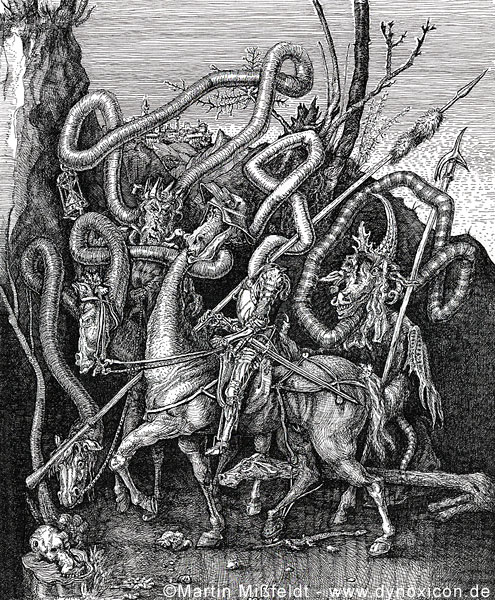 Knight, death and devil, one of the three master copperplate engravings of the great Albrecht Dürer. The knight on horseback, accompanied by man's best friend, the dog. Next to him the death, with hour glass ("Your time has also passed soon.") Behind the knight the horned devil (who always accompanies him?). In the version shown above with giraffes as protagonists, the long necks had to be organized in the picture, which shifts the overall composition.

Another masterpiece by Dürer.

Most of the nobles of the Middle Ages were not knights. For financial and family reasons, many preferred to remain noble servants (lat. Armigeri, "shield bearers") and thus knight-born and armed warriors throughout their lives. Also with high noblemen the knighthood was by no means self-evident. Sometimes it was bought against payment of a considerable sum. Especially at tournaments there was a strict distinction between knights and noble servants. For example, knights with three horses were allowed to appear on the tournament grounds, servants were only allowed two. Before great battles, many feudal lords tried to strengthen the fighting morale of their troops by including a large number of these noble servants in their knighthood. 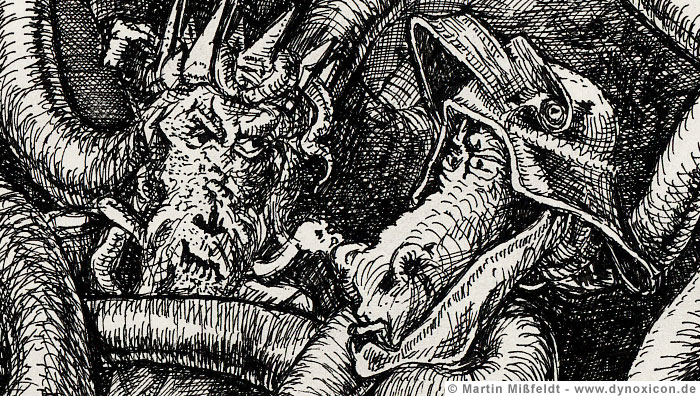