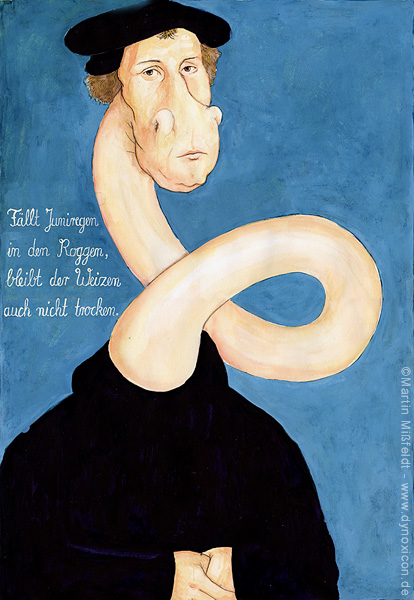 Lukas Cranach paints Martin Luther, one of the greats of world history. There are few who felt so strongly committed to their own conscience that they revolutionized an entire world order. And this by simply working conscientiously throughout their lives (e.g. translating the Bible into German) and then loving a large family. But despite this deeply felt admiration it must be noted here nevertheless critically that Luther wrote strongly anti-Jewish pamphlets. He followed a current of his time, but from today's point of view it is still not to be accepted as normal.

This great man was painted by none other than Lucas Cranach d.Ä.. His unmistakable, brittle style shows Luther human, but also introverted and thoughtful. The beautiful blue of the background frames the massive figure dressed in black, crowned by the head.

As a giraffe, Martin Luther would have made his head bounce with swing... Not invented by Luther, but by some farmer and carried on for centuries for good reason is the added farmer slyness:
"If June rain falls into the rye, the wheat does not remain dry". 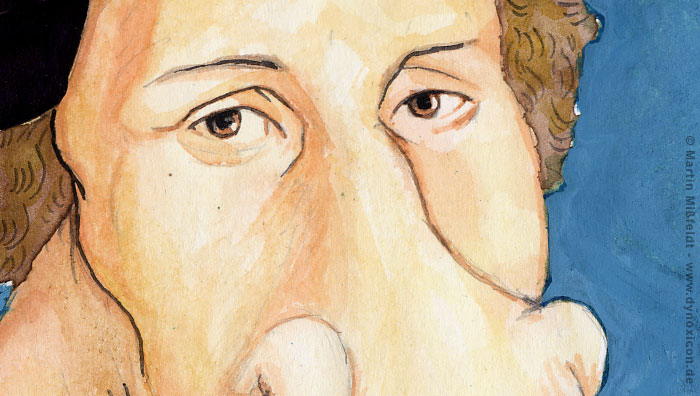