Albrecht Dürer (Duerer, sometimes Durer) was a German artist of the late Renaissance. He was a painter, draughtsman, wood and copper engraver and art philosopher.

Probably most significant is his self-image as an artist, which was completely new in his time - and with which he laid the foundation for today's image of the artist. This becomes particularly clear in his copper engraving Melencolia I (see below), with which I spent months of intensive study. The artistic craftsman who ran a workshop for economic purposes has become an individual brooder.

The self-portrait on the right dates from 1498. Dürer is still looking at the viewer. His focus is on the world of this world, which can also be seen through the window opening as a wide, lush landscape. But only two years later Dürer paints another self-portrait that reveals a fundamentally new self-image.

A self-contained genius who floats above the world in a sense of being enraptured in order to be inspired by it to create mysterious, multi-layered works. The following self-portrait ("as Jesus") illustrates this upheaval:

The view of Dürer's famous self-portrait from the year 1500 passes the viewer by with a hair's breadth. It is no longer the gaze that observes the outer world, it is now a gaze that turns inwards. At second glance, the hand, which at first glance feels the softness of the fur, is a look at itself. The artist feels into himself ...

Consequently Dürer was the first to introduce a monogram to the pictures. The idea of this artistic trademark was quickly adopted by many others - and with it the new artistic self-image.

Albrecht Dürer was born on 21 May 1471 in Nuremberg, where he spent most of his life. However, he undertook some significant painting trips (to Italy and the Netherlands) which brought him considerably forward.

His father was a goldsmith. Dürer went with him to his workshop at an early age. Dürer's early "Self-Portrait at the Age of Thirteen" shows his extraordinary talent as a draughtsman.

At the age of 15 Dürer began his training with the Nuremberg painter Michael Wohlgemut, where he learned the craft of painting until 1490.

He then embarked on the first of his three painting journeys. For four years (until 1494) he wandered up the Rhine. He stayed for several weeks or months at different places where he worked as an artist or in workshops.

On his return to Nuremberg, he married Agnes Fray (at the request of the two fathers) - apparently for social reasons: a self-confident citizen needed a woman in the house. The dowry was not particularly high, but it was enough to set up his own business as an artist in Nuremberg. The marriage remained childless, and apart from a hand drawing from 1494, no works have survived that indicate that Dürer loved his wife.

After all, she served him several times as a model for figures of saints. But Agnes Dürer was responsible for the finances. She sold his paintings, organized fairs and supervised the workshop in Nuremberg, while he later spent months on the road.

The first works were still commissioned: both portraits and altarpieces. But as early as 1497 Dürer was already spellbound to open up a new source of income: Prints.

The special thing about print graphics is that they can calculate well about the masses and secure a permanent income. The works are not created as commissions, but originate from the artist's head. Dürer engraved both copper engravings and woodcuts - often with complex, religious motifs. Some were apocalyptic and contemplative, others aggressive, direct and brutal. Such motifs were particularly popular during the period of religious madness and upheaval.

As an artist, I can understand the making of prints all too well: the striving for independence and a lasting income is certainly desirable for any artist who does not see himself as a craftsman's service, but rather feels an inner urge to be creative on his own.

In 1505 Dürer undertook his 2nd painting trip, this time to Italy. In the meantime he was a respected artist, so that he got a big order for an altarpiece in Venice: the "Rosary Festival". This image increased his fame, but an offer of the city superiors of Venice to settle there, he carried out despite a stately annual salary. At the end of 1505 he returned to Nuremberg.

In the following years he worked there and created numerous works. He was also politically active and was elected to the city council. From 1510 he had contact with Emperor Maximilian I, from whom he received several large commissions. With undiminished passion, he devoted himself to printing throughout the years. The woodcut depicts a tank rhinoceros from India that arrived in Lisbon in 1515 and was sent from there to Rome in the same year, where it arrived stuffed in 1516. Dürer had never seen the rhinoceros himself; the woodcut was based on a description and sketch by an unknown artist who had seen the animal.

From 1520 to 1521 Dürer travelled to the Netherlands, where he was greeted and celebrated like a pop star.

The "Melencolia I" is one of the three so-called master engravings - a copper engraving from the year 1514. This multi-layered and complex picture has been a mystery to the viewer for centuries. What is this all about? An introverted angel with a laurel wreath crouches on the floor, his head supported in his fist. The view goes into the distance, to the bat, on whose belly side and open wings "Melencolia I" is tattooed. All kinds of stuff teeming in the picture. However, it is extremely difficult to find a common denominator. Much has to do with planning calculations and reflection in the here and now. The creative act itself (e.g. the production of a copper engraving) is located in space and time. But it is not the doing, the doing, that Dürer illustrates, but the pausing, the pondering. More important than activity in the world of this world seems to Dürer to be the reflection of activity in the world of this world. A great picture. If you would like to know more about it, we recommend a comprehensive work only about this copperplate engraving: Saturn und Melancholie (Amazon Partnerlink) by Raymond Klibansky, Erwin Panofsky, Fritz Saxl (suhrkamp taschenbuch wissenschaft). Excerpts from these can be found in this PDF file of the Humboldt-Universität Berlin.

I have created an even more profound giraffe version of the picture, which is not unfinished without reason ... 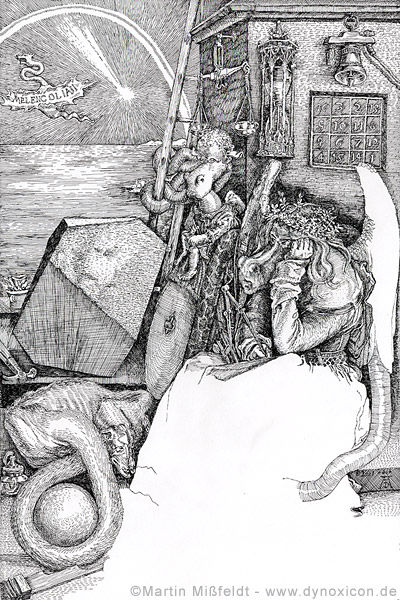 Albrecht Dürer as a source of inspiration

The following works by me were inspired by Dürer and his works: 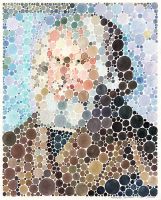 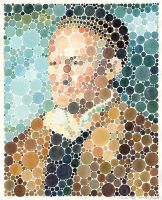 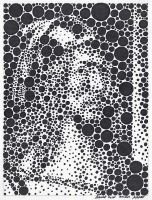 Funny rhino after a woodcut by Albrecht Dürer

The four Apostele - after Albrecht Dürer

Homeland: Albrecht Duerer in the rain 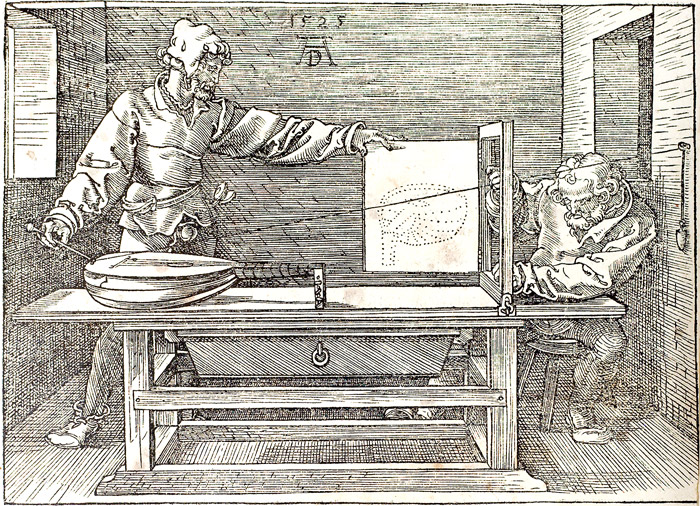