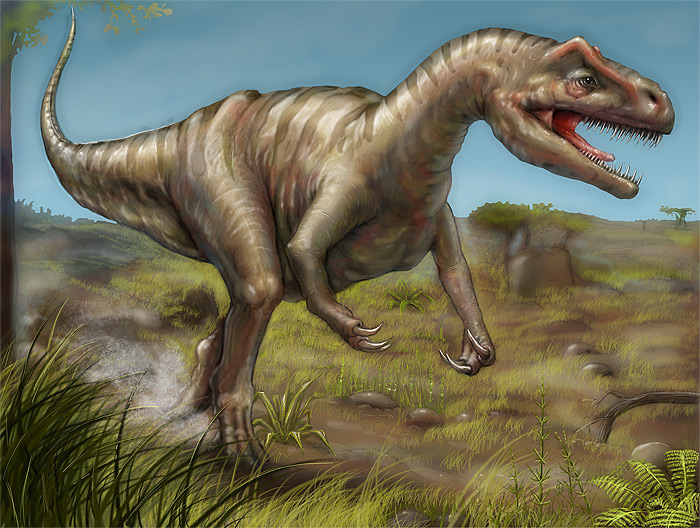 One of the most dangerous dinosaurs of the Cretaceous period was the carnivorous Allosaurus (Greek for "different lizard").

It was up to twelve meters long and weighed several tons. "The narrow head of this dinosaur was adorned with two large eyeballs. The skull, which is quite large overall, has large openings, as is usual in theropods, some of which were created by air-filled cavities (e.g. by expansion of the paranasal sinuses). Thus it does not consist of a massive bone and was thus substantially lighter. The neck was very strong and extremely mobile. The animal only moved on its hind legs. The relatively short arms were very strong and ended in a three-fingered hand with sharp claws. The hind legs were long, the Allosaurus was a toengänger like all Theropods. A long tail balanced the body on the hind legs." Source: Wikipedia

This digital painted picture above is the Photoshop retouch of a Allosaurus: The original picture was an Allosaurus skeleton (photo from a museum, see below). This photo was then retouched with Adobe Photoshop and painted over. In the finished picture you can see a living Allosaurus in a natural environment during the Cretaceous period. The image contains two errors. On the one hand it is disputed whether grass already existed in the Cretaceous period. On the other hand, according to dinosaur experts, the eye is painted too far in front. The orbit is further back. Here is the Allosaurus skeleton that served as a model for the digitally painted image shown above: 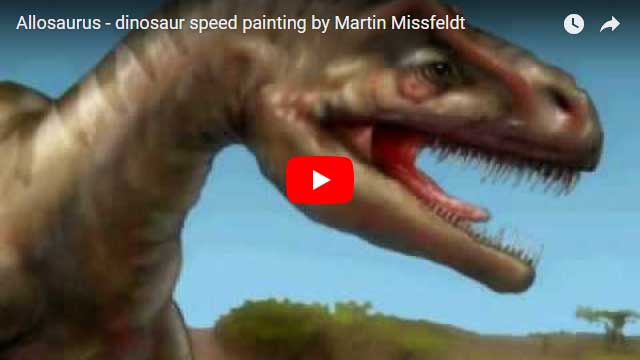 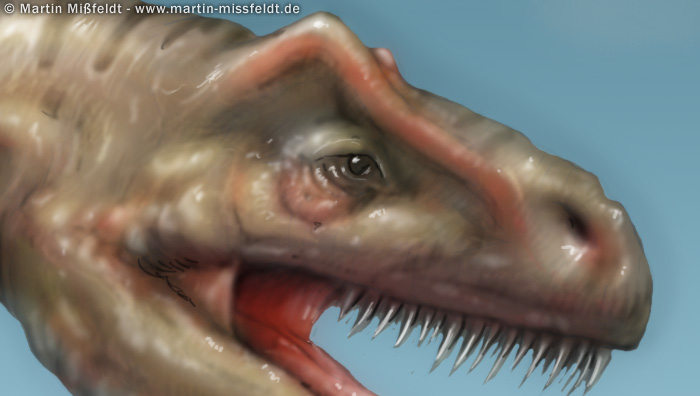