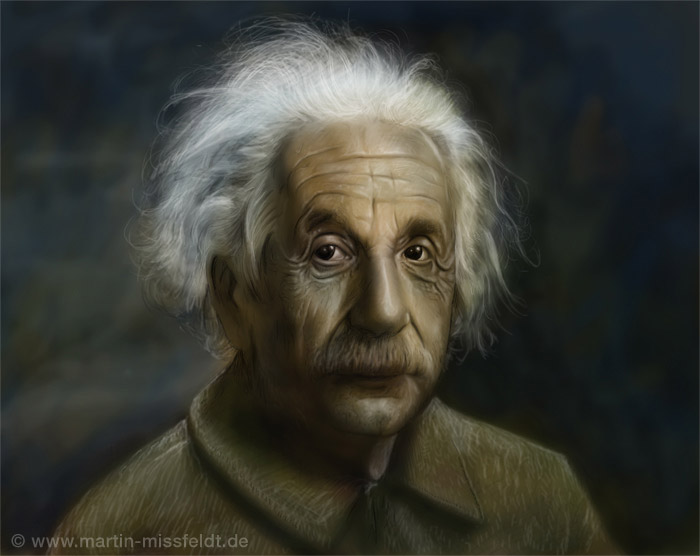 This portrait shows the world famous physicist Albert Einstein. It is digitally painted with Photoshop and a graphics tablet on the PC. (Below more screens documenting the painting process).

Albert Einstein (14.03.1879 - 18.04.1955) was a physicist of outstanding intelligence. His research, especially the theory of relativity, changed the physical view of the world. Albert Einstein is regarded as the epitome of the researcher and genius. However, he also used his extraordinary fame outside the scientific community to promote international understanding and peace. His contributions significantly changed the physical view of the world. In 1999, he was voted the greatest physicist of all time by 100 leading physicists.

Einstein's major work is the theory of relativity, which revolutionized the understanding of space and time. In 1905 he published his work Zur Elektrodynamik bewegter Körper (On the Electrodynamics of Moving Bodies), the content of which is now known as the special theory of relativity. In 1916 Einstein published the general theory of relativity. He also made significant contributions to quantum physics: For his explanation of the photoelectric effect, which he had also published in 1905, he was awarded the Nobel Prize for Physics in November 1922. More about Albert Einstein's life and work at Wikipedia/Albert_Einstein

The portrait of Albert Einstein

The picture was taken in approx. 3 hours working time. After the preliminary drawing and the background painting followed many layers in which the details and structures of the wrinkled skin were worked out. This is how the picture looked after about 30 minutes: Then, layer by layer - each in a new Photoshop layer - the face was further refined. The following picture shows the condition after approx. 1.5 hours. One recognizes that after a white and a black layer semi-transparent color was painted over each picture: Digital Painting - Creation of the Portraits of Albert Einstein

The semi-transparent layers gradually condensed into a realistic portrait: Now only one layer with light and dark details is missing. This is how the finished portrait looks like: 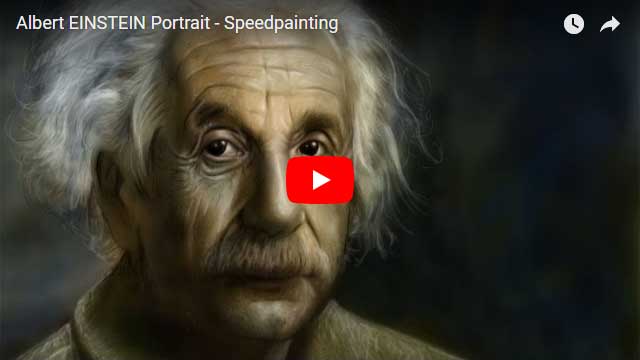 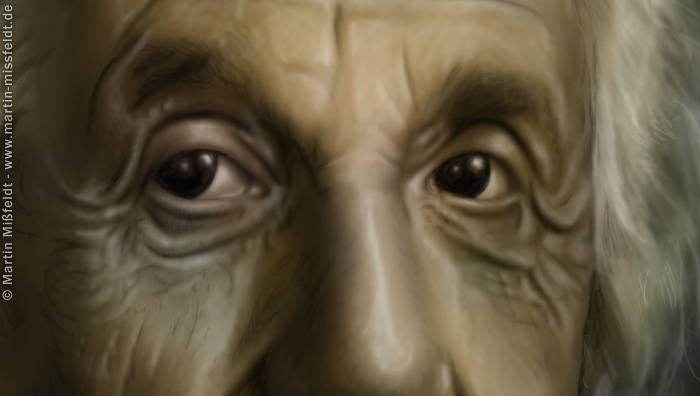