The eternal struggle between good and evil (after Bruegel) 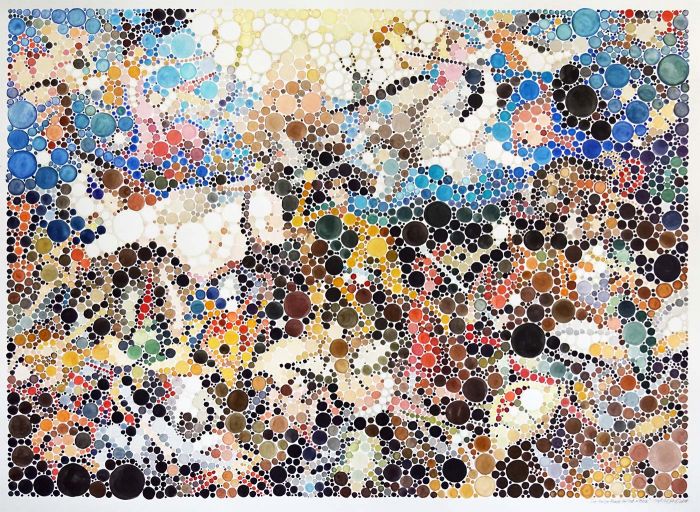 The model for this watercolor in neo-Pointilist style was the painting "The fall of the rebellious angels" by Pieter Bruegel the Elder, which hangs in Brussels. It shows the struggle of some bright, shiny angels fighting against all sorts of demonic creatures. The peculiarity of the Breuegl painting lies in the patchy composition, which creates the impression that this fight will never end. The angels are by no means depicted heroically and in a victorious pose (as is usually the case when depicting St. Michael). Instead, they are barely discernible in the seemingly endless throng of evil. It is rather the struggle of two equally powerful parties that will never end.

The watercolor consists of colored dots of different sizes. It looks brighter and fresher than the Bruegel painting, but only if you see it sharply (short-sighted people, that is, with glasses). On the other hand, if you take off your glasses (or squint your eyes), the white spaces dissolve. The color gains over the white area and joins directly with the surrounding colors to form a soft overall mass. The impression of this "merged image" is darker, more intense, more powerful. The colored areas wrestle with each other, they merge and dissolve (especially the white and black dots). 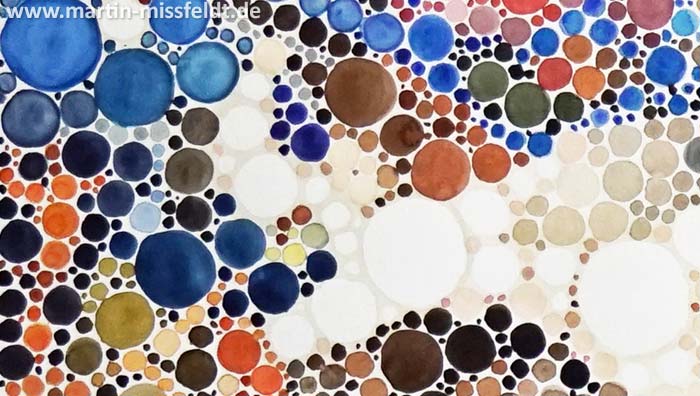 The eternal struggle between good and evil (after Bruegel) (Detail 1)