The stupidity of men (after Bruegels proverbs) | Watercolor by Martin Missfeldt

The stupidity of men (after Bruegels proverbs) 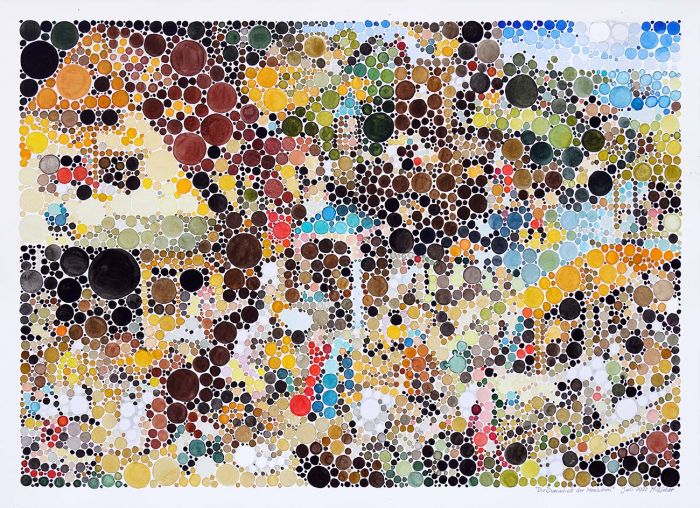 On this watercolor I have painted about 20 hours. Template were "The Dutch Proverbs" by Pieter Bruegel the Elder from the year 1559. About Bruegel's picture, which is in the Gemäldegalerie Berlin, I had created in 1997/98 a CD-ROM, for which I had among other things the 118 proverbs animated, so set in motion. Since I have with my neopointilistic pictures just Bruegel on the wrap, it was obvious to paint also this picture in watercolor.

The Bruegel painting has received various titles over the centuries: "The topsy-turvy world" (after the globe on the left side of the picture) as well as "The blue coat" (after the couple in the lower center of the picture) - but I have called my version "The stupidity of men". This is because almost all the figures depicted are doing nonsense. When Bruegel painted the picture, most people truly had other worries. The Spaniards had occuopied the Netherlands, the Duke of Alba was running a reign of terror. Religious battles raged, the plague broke out again and again. At the same time, trade began to flourish, and Antwerp and Brussels developed into thriving commercial metropolises with a purchasing public for art. The everyday life of the people was characterized by extreme contrasts. In this world, the people in Bruegel's painting seem to behave quite normally.

The picture of Proverbs is (for me) a symbol that can be transferred to today without any problems. Even today, most people act completely absurd and short-sighted. If you picture today's people and judge their actions retrospectively in 400 years, then you will ask yourself: how nonsensical, how stupid were people at the beginning of the 21st century only??? 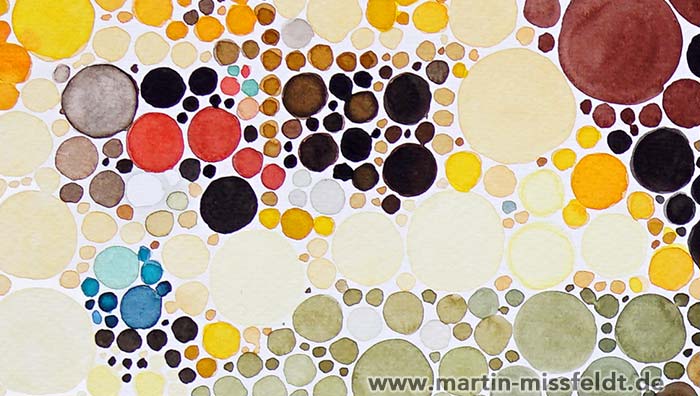 The stupidity of men (after Bruegels proverbs) (Detail 1)