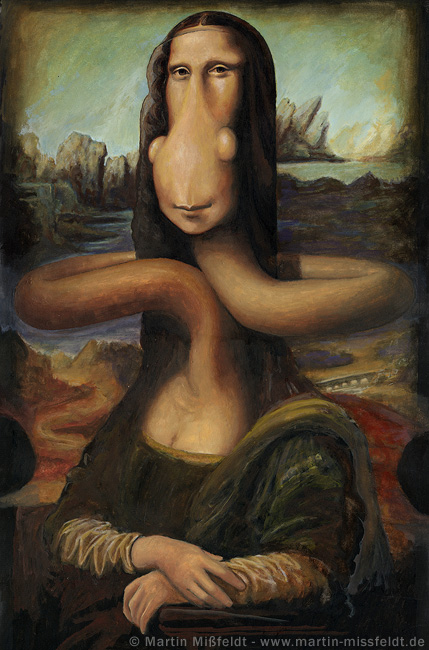 This cartoon is inspired by the Mona Lisa. The Mona Lisa by Leonardo da Vinci is considered one of the most famous paintings in art history. The Mona Lisa was painted between 1503 and 1505. The following video shows the picture "in motion" (with a small 3D effect).


"The Mona Lisa by Leonardo da Vinci" (with 3D effect)

There are numerous theories and stories entwined around the Mona-Lisa. Most likely it was a commissioned work: the Florentine merchant Francesco del Giocondo had his wife Lisa painted. Mona is probably only the abbreviation of "Madonna", which means "woman". It is called "Mrs. Lisa del Giocondo". Therefore the Mona Lisa is called "La Gioconda" in French. 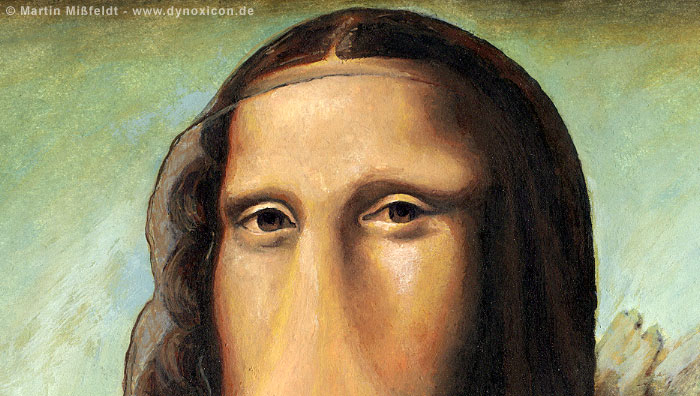