If Leonardo da Vinci had painted giraffes in his famous communion instead of humans, the whole scenery would be more complicated. The beautiful, cleared up Leonardo Fresko becomes by the devoured necks quite unclearly, particularly with the question, which Apostel is now which.

The topic of the picture is fast avowed: thirteen persons sit at one long table, 9 at a lengthening side, as well as ever one on the left and on the right at the table ends. Central in the center of the table and the picture Jesus Christ sits. Six young each sit on the left and on the right from it. The table is located in a quite puristic area, at whose rear wall three openings are: a central passage between two windows.

Leonardo painted the work into the Speisesaal of the monastery Santa Maria depression Grazie in Milan. Probably he worked 4 years on it. It has it apparently a few problems to have prepared. Perhaps it had a giraffe draft, and then it used eternally, in order to bring the thing back in order... 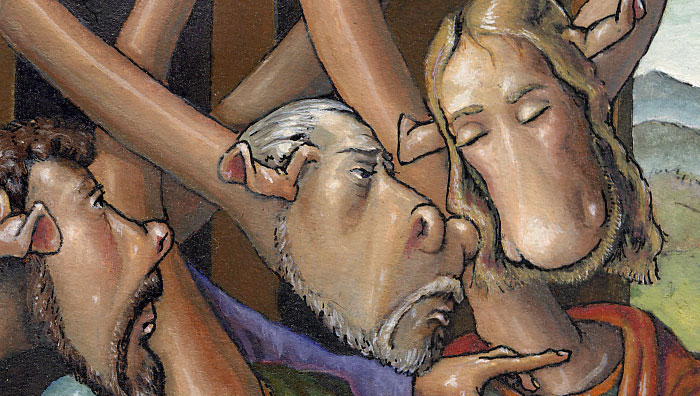