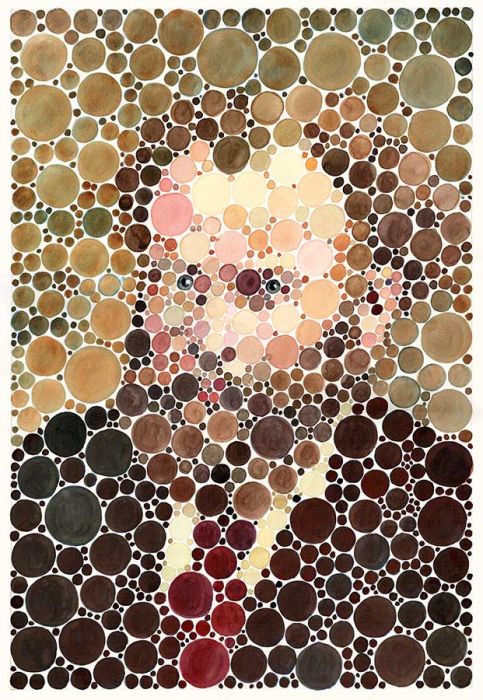 This portrait of Edouard Manet should actually be much more colorful, more colorful. The template was a black and white photo by Nadar. So unlike the previous images in this series, I had to "invent" the colors. Before that, I could observe the template closely and determine the right color tone that way. With this portrait, that didn't work. So I started with the face and oriented the colors to other Manet portraits. The background was to be blue-green. However, this color clashed with the colors of the face, which became visually quite secondary. Therefore, in a second layer I glazed all points of the background again with ocher, so that as a mixed result a kind of ocher green was created.

As always, I could not judge the picture during the painting properly or the remote effect remained a mystery. When I looked at it then from some distance (4-5 meters), I was surprised, not to say frightened, how modern the Manet looks with this dark suit jacket. That was not intended, he was supposed to look like a great pioneer of modernism.

For this I went again through the pictures of Manet. And what can I say: in retrospect, Manet's pictures seem more conservative than before. Maybe I had a wrong idea of him in my head. For a long time, Manet's painting was actually quite conventional. It was the picture motifs that were the cracker at the time.

Whatever: The way the Manet now looks out of the dots picture, he is quite all right. Again, this picture was proof that there's a lot I don't know when I start with a picture like this. And through the discrepancy of close-up and distant effect, I can still learn a lot about my motifs, and thus myself. 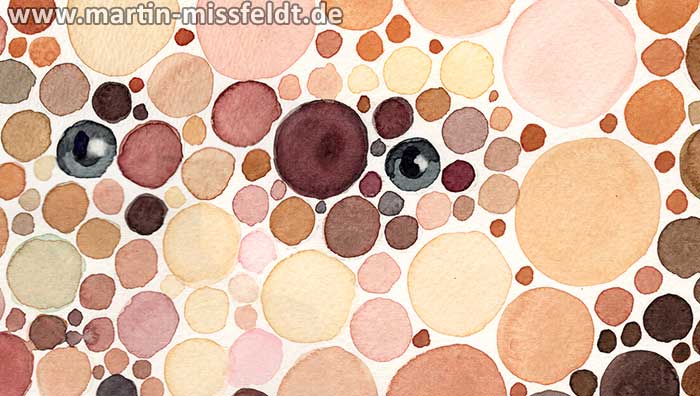