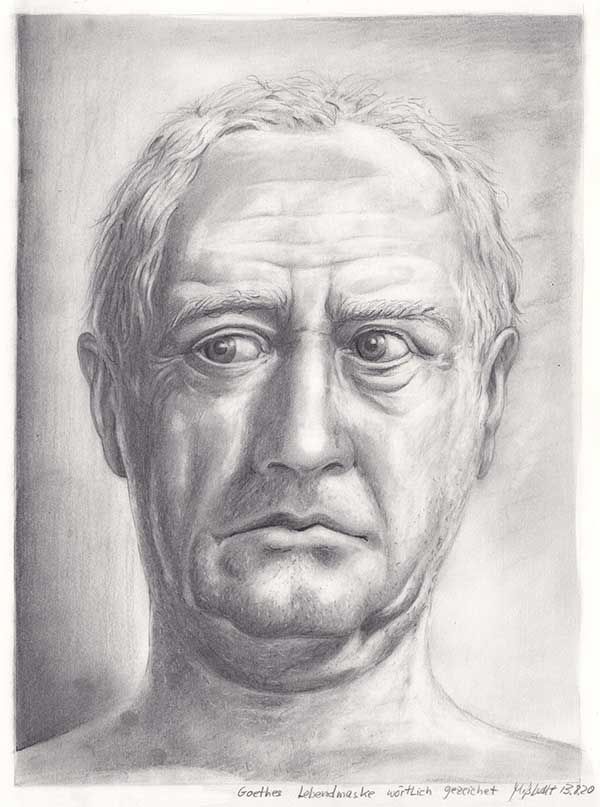 Since I'm not really satisfied with my last attempt to draw Goethe alive, I tried again. This drawing of Goethe is private, like being half-naked in front of the bathroom mirror in the morning. In contrast to Stieler-Goethe, who looks to the right (into the future), my Goethe looks to the left into the past: thoughtful and worried, almost frustrated, but with the calm composure of an old man who knows that he can't change it anyway - but who still wonders if and what he might have done wrong. How could all this have come so far?

The portrait is drawn with pencil (B3 and B5) on paper (190 g/m²), 40 x 30 cm. The pencil with the yellow tip is an eraser pencil, I also used a kneading pencil. The template is from Wikipedia.

While I was drawing, a camera was running over my head. The time-lapse video (below) clearly shows that I only noticed at the end that basic things were missing. I had kept quite strictly to the original, and after I signed the drawing and hung it on the wall, I realized from a distance of about five meters that the head was "ironed" all around. So I puffed up the hair a bit, added some stubble and especially drew the ears a bit more protruding. And only at the very end I realized that the left edge of the picture must be dark of course.

Also with this drawing I erased more than I drew. Or in other words: I drew a lot with the eraser. This is mainly due to the fact that I have again blurred a lot with a paper towel. The method is always: draw a layer with darkness (with a soft B3 or B5 pencil), then blur and blur, and then use the eraser to bring out the bright light.

When drawing realistically, an artist is largely slavishly subjected to his observing gaze. This allows you to ponder. Mostly I forget what I was thinking while drawing. But not this time. I realized why the superficiality of words and pictures is becoming more and more widespread on the Internet. For years I have dealt with the topics of online marketing and especially Google search. And there is only one direction: clear, precise, terminologically to the point! Sounds good?

The flip side of this development is often forgotten: Algorithms cannot read between the lines. Nor do they understand metaphor. Algorithms can only read literally. They hate the unknown. In online marketing, you learn to describe things exactly the way people look for them. People are always statistical majorities for algorithms. Individual cases are irrelevant, even obstructive. ... But where is the new, the unknown, the different, the emotional? The increasing digitalisation is not the problem in itself, it is rather the processing of all this data by algorithms that worries me. Human intuition and the quest for the new is becoming an obsolete model ... 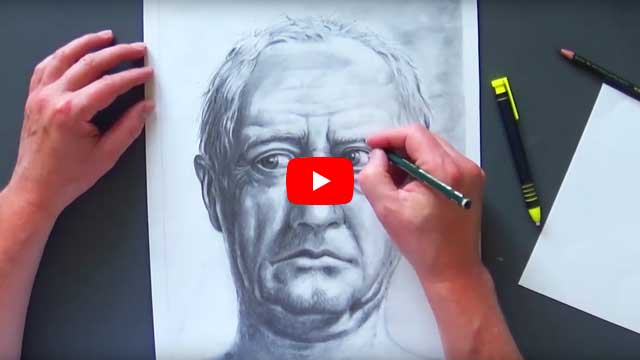 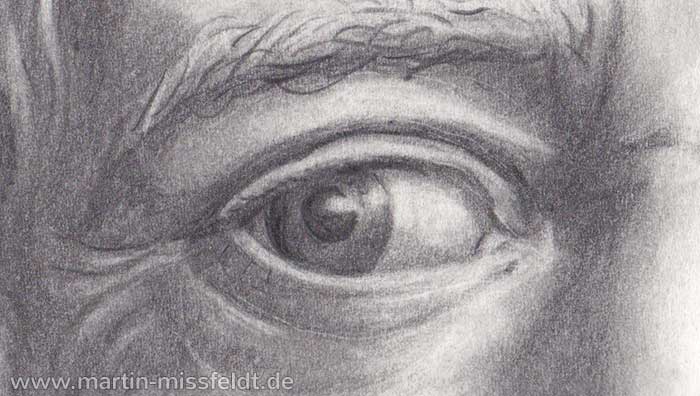