Goethe was born on 28 August 1749 in Frankfurt am Main. He was one of the most important German poets, an inquisitive natural scientist and also an influential politician. Among his great works are the drama "Götz von Berlichingen", the epistolary novel "Die Leiden des jungen Werther" and his "Faust". Goethe died on 22 March 1832 in Weimar.

I have already painted several pictures of Goethe.The first one was a Goethe-Speedpainting (2007) This year I painted him as a color vision test with watercolor. And now a realistic pencil drawing.

Why Goethe? In my childhood and youth I was urged by my grandfather (and later by my father) to learn all kinds of poems by Goethe by heart, e.g. The Sorcerer's Apprentice. This was supposed to give me a special feeling for the German language (my grandfather was a German teacher and conductor at the Heider Gymnasium). Of course I had no understanding for it at all and was stubborn, stubborn and reluctant. For years it seemed like pure harassment to me.

That changed only in the middle of the 1990s, when I rediscovered the ballads (also the Schiller ones). Only then did I become aware of the enormous power of language - and the fact that I still knew many poems by heart was very helpful. What fascinates me above all is that Geothe is still one of the most important "word creators" today. He has enlivened language tremendously through unconventional and modern creations and variations.

Even in the digital age with the many, completely uncontrolled debates in the social web, in which also an insane amount of new terms and phrases are invented, it seems to me very appropriate to remember Goethe and to honour him anew with this pencil drawing. 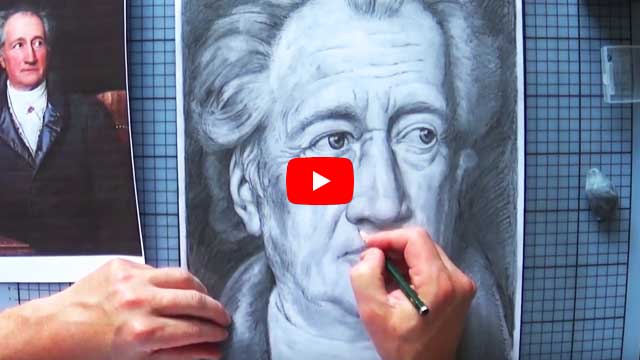 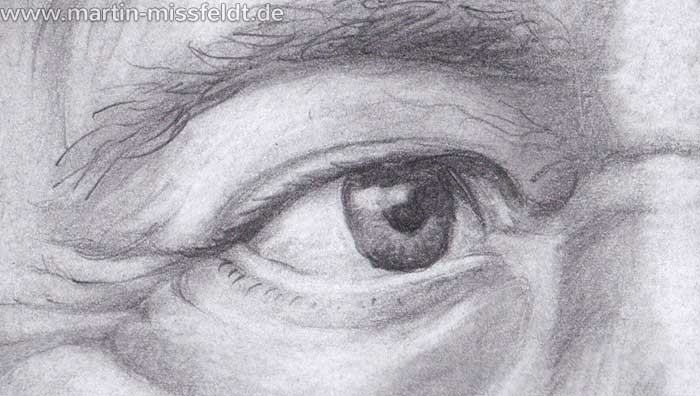