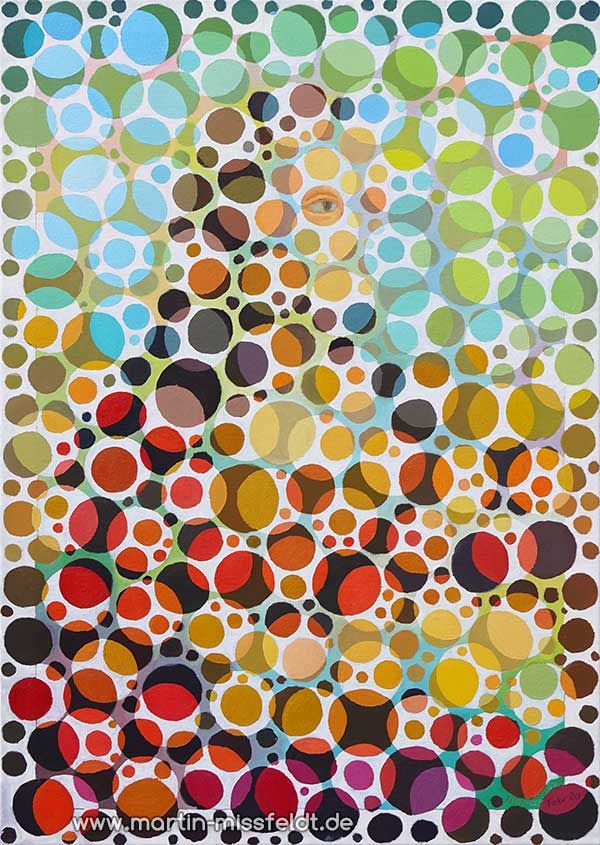 This oil painting shows the Mona Lisa (also: la Gioconda) - freely adapted from Leonardo da Vinci. However, she is alienated semi-abstractly on several levels: Instead of the original, the Mona Lisa has no posture from right to left, but the other way round. Moreover, she does not look at the viewer either, but looks out of the picture to the right. The preliminary drawing for this oil painting is constructed as if there had been a second viewer in the portrait situation at the time (there were no cameras yet). This second painter would then have painted Mona-Lisa from the left side (in this play of thoughts Leonardo would be standing on the right with his easel). 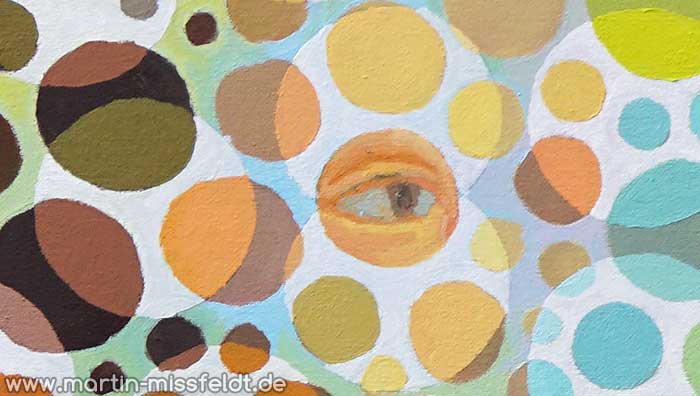